(one and a half billion dollars – estimated)

The Australian Institute of Architects reported on their Archicentre website in about 2006 that 130,000 Australian homes were attacked in a year. The average termite cost for the professional pest manager to treat the pest was about $2500 and the average cost of repairs was $4500, total average $7,000. Multiplied by 130,000 homes is close to $1bn… a year!

That was about 6 years ago and the cost of both professional pest control, tradesmen and building materials has pushed the figure up to around $1.5bn a year — because the termite attack rate is not slackening.

An anecdotal example (true) is a person who spent over $70,000 on his suburban home due to termite attack. There was the cost of the professional treatment which also included re-applying chemical barriers as well as monitors plus the removal and rebuilding of the kitchen and adjoining rooms. Then, because it seemed the smart thing to do, they improved the kitchen and bought new appliances. He had to refinance the house to pay for all this so you can add the extra interest added over the next 10-20 years to get a true figure approaching $100,000.

Another friend found termites in a window frame and adjoining door frame. He paid $275.00 for bait and fed it to the termites to kill the colony. When the baiting was completed and the colony dead, he bought some new timber framing, replaced the damage and a can of paint, about $100. Another $220 for TermiteTrap monitors to place around outside to intercept any other developing colonies brought the total to about $600. He was lucky!

Learn About Our Solution Finder

There is another significant cost: loss of resale value. If termites or even old termite damage is discovered during the timber pest inspection (which is generally mandatory if a purchase is being financed) potential buyers will either walk away or offer thousands less. 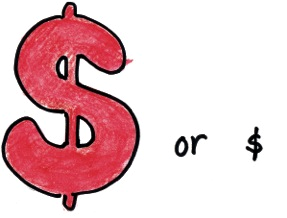 What does termite prevention cost you?

If you do your own termite inspections and use monitors to intercept termites while they are still outside, you are up for:

Total: say $50- $60 a year plus the time it takes you to check the monitors and do a twice yearly inspection. (you nominate the value of your time).

If you get a professional, you are up for:

They are constantly looking for new food sources and if they can cross a barrier to get inside, all the bits of wood in a house join up and they will eat until you notice their presence.

Instead of gambling your house (and financial security) with sneaky termites, doesn’t it make sense to put in some monitors and learn how to inspect your house twice a year?

The information on DIY termite control is readily available so you can do a proper job, safely. You can easily learn to do as good a job as most professionals, after all it is your home and you’ll be very diligent — won’t you?